3 Ways To Deal With a Sexless Marriage

Sexless marriages have existed way before the general population has consciously addressed the problem. In some situations, conservative couples would rather abstain than use any form of contraception.

In other cases, people believe that having children is the only reason for sex. But today, more and more people understand that that physical intimacy is a couple’s natural way of expressing their love for each other.

Thus, the absence of this significant component is a frequent symptom of a loveless marriage altogether. Partners in sexless marriages are suffering because they feel frustrated and rejected by their spouses.

They might feel like their spouse no longer fancies them anymore, or worse – has fallen out of love with them.

Whether there was no sex in marriage early on or a significant event triggered a sexless marriage (e.g. a new baby, getting fired, etc.), it can be very suffocating for the partners involved.

But how can you avoid this trap when so many other marriages have fallen prey to it?

Ask yourself: is my marriage in general a good venue for mutual trust, respect and goodwill?

If not, these factors could be the reason why the relationship isn’t conducive for sex. In order for regular physical intimacy to be present, it has to rest on a solid foundation first.

As such, there are a number of key factors to consider, such as meeting emotional needs, the level of positive feelings in the relationship and support for one another. If you believe that you’re having problems in any of these aspects, it only makes sense that your sex life will suffer as well.

Aside from these things, there are other possible causes not necessarily involving you two. For instance, external factors like a hormonal imbalance, loss of employment, having a baby, busy schedules or a personal crisis can also be a cause of no sex in marriage.

Whatever the factors are, you’ll need to dig deeper with the help of a marriage course or counselor because let’s face it: couples who are hostile to each other can’t expect to be spending a lot of time between the sheets.

This is a broad concept in the general context of relationships, but there are specific things that can be done when there’s no sex in marriage.

For instance, you need to talk to your spouse about your sexual needs. More often than not, a couple can address a lack of sex by simply knowing what the other wants!

You might be surprised to find out that people have differing sex drives, and this plays a large role in their sexual relationships. One partner might be perfectly happy with making love twice a week while the other prefers every day.

If any compromise is to be reached, you need to first openly discuss what satisfies each of you (behind closed doors and/or with a therapist of course).

Otherwise, you’ll never know when and how often your spouse wants to have sex. Compare and discuss your respective wants, needs and schedules. The only way you’re going to hash this out is if you figure out what works for BOTH of you.

We’ve all been guilty of putting something off from time to time. However, preventing a loveless marriage means you can’t afford to put off the intimacy.

It’s one thing to be responsible and another to foolishly believe you can do everything by yourself and not compromise an aspect of your life. You can’t use your busy schedule or other manageable factors as reasons not to have sex.

Make the conscious effort to spend time together, even if it means passing up a project, saying “no” to a social engagement or leaving the kids with their grandparents. If you really wanted to, you can very well make arrangements to ensure that you’ll get to spend some quality time with your spouse.

Although sex isn’t the end-all, be-all of your relationship, having enough of it adds a whole other dimension to your marriage. Let’s be honest – married life is just not the same without it.

While managing a relationship is a reality that all couples have to deal with, there are also cases where some marriages are in extreme distress.

One of the risks of saving a marriage is making things worse by following the wrong marriage advice.  One of the downsides of the information age is that it’s easy to come across erroneous material on how to deal with marital issues.

Myths in particular are easily perpetuated through books, the Internet and by well-meaning but misguided people who provide dangerous marital advice.

For instance, there’s a misconception that constantly asking your partner for forgiveness is a sure way of fixing the marriage.  The problem is that words alone – no matter how sincere or sorry you may be – are not concrete proof in your spouse’s eyes.

Oftentimes, this is just a knee-jerk response when someone is in the wrong.  At best, it’s only a stop-gap measure which doesn’t contribute to saving a marriage in the long run.

A better alternative is to take the harder but more effective path of discussing the exact factors that caused your issues in the first place.  Some people impart bad marital advice by suggesting that you focus on apologizing to your spouse.

Merely saying you’re sorry will cause you to overlook the things that led your marriage to the state it’s in.

Empathy (of your spouse’s position) also takes a backseat if you’re simply asking for another chance and not really looking at the big picture.  Thus, lacking the sincerity to truly own up to your mistakes will only aggravate the situation.

Moving out of the house to give yourselves some space is another pitfall you need to avoid.  You can’t save your relationship with this marriage advice – it will merely accelerate the process of permanent separation.

You see, what this really does is plant the seeds of divorce because the longer you’re apart, the more you’ll get used to the idea of living apart.  In the end, a couple will find themselves in even deeper trouble with this “solution”.

Of course, there are some situations that require you to be apart for some time, but it’s important to retain the sense of living under the same roof even if the relationship is strained.

A good suggestion would be to designate certain areas that you can both occupy while other spots are only for either one of you.  Also, set up a schedule which will allow you both some alone time during the day and then come home to each other later on.

It may be challenging to keep your cool during such a trying time, but this is an important part of saving a marriage.  What matters is that you’re together (albeit under less than cheerful circumstances) to work on your issues.

I think that the best way to deal with most issues in a marriage is to resist falling into the temptation of reacting emotionally.  Granted that it’s easy to lash out during a crisis, you shouldn’t lose sight of the general picture.

Sound marital advice dictates that you take control of your emotions and ask yourself whether your actions will alleviate OR aggravate the problem at hand.  From there you’ll be able to gain a sensible, overall perspective of the situation.

Thus, don’t be so eager to take a course of action or say something in the heat of the moment.  Rather, take the time for the emotions to subside and your rationality to set in.

Only then can you truly distinguish what constitutes as good or bad marriage advice. 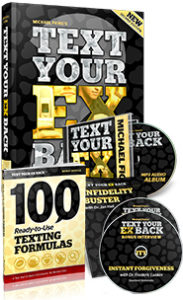 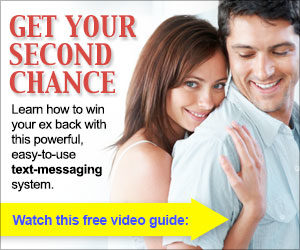 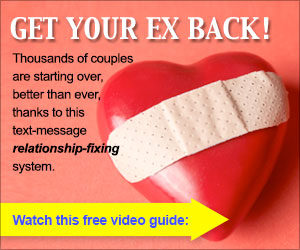